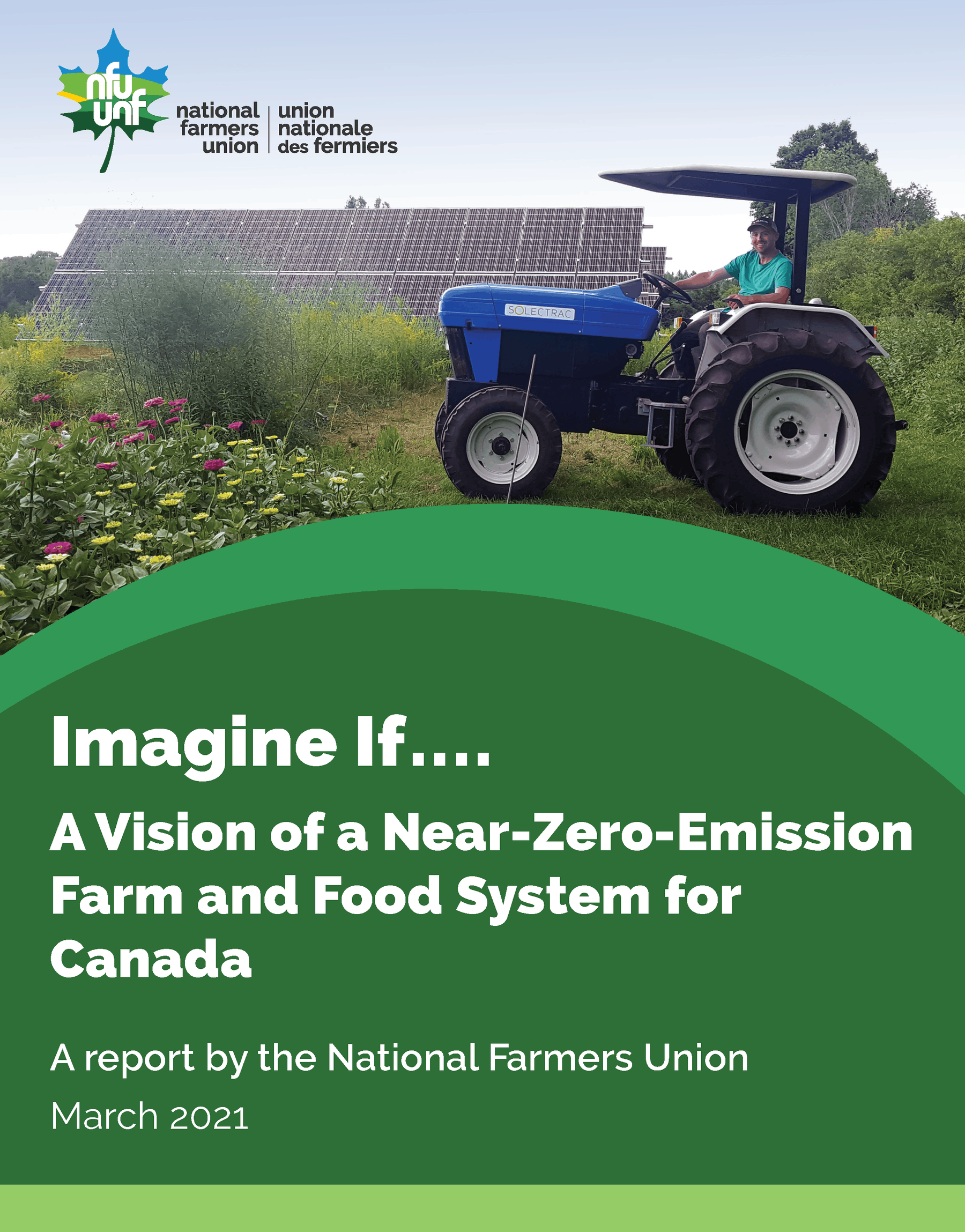 On March 18th, the National Farmers Union (NFU) released a new report: Imagine If… A Vision of a Near-Zero-Emission Farm and Food System for Canada.  The report takes a 2030 viewpoint and invites readers to imagine a wide range of positive policies and on-farm measures implemented in the 2020s to reduce food-system emissions and increase resilience and sustainability.  This very positive report makes the case that there are many steps that we can take that will not only reduce food-system emissions by 20 to 30% over the coming decade but also increase net farm incomes, increase the numbers of farmers, and create a more secure and delicious food system for all Canadians.  The next ten years are critical for farmers, all Canadians, and the planet; this new NFU report outlines a positive path forward.

The Imagine If… report builds on decades of policy work by the NFU on climate change and emissions, including the influential 2019 report Tackling the Farm Crisis and the Climate Crisis: A Transformative Strategy for Canadian Farms and Food Systems.

Translation of the summary document of Imagine If is funded in part by the Government of Canada.

The National Farmers Union / L'Union Nationale des Fermiers is unique among farm organizations: we advocate for people’s interests against corporate control of our food system.

If you would like to participate in the NFU’s work, you can become a Family Farm Member or a non-farming Associate Member.

To get involved, join here.

About this NFU member