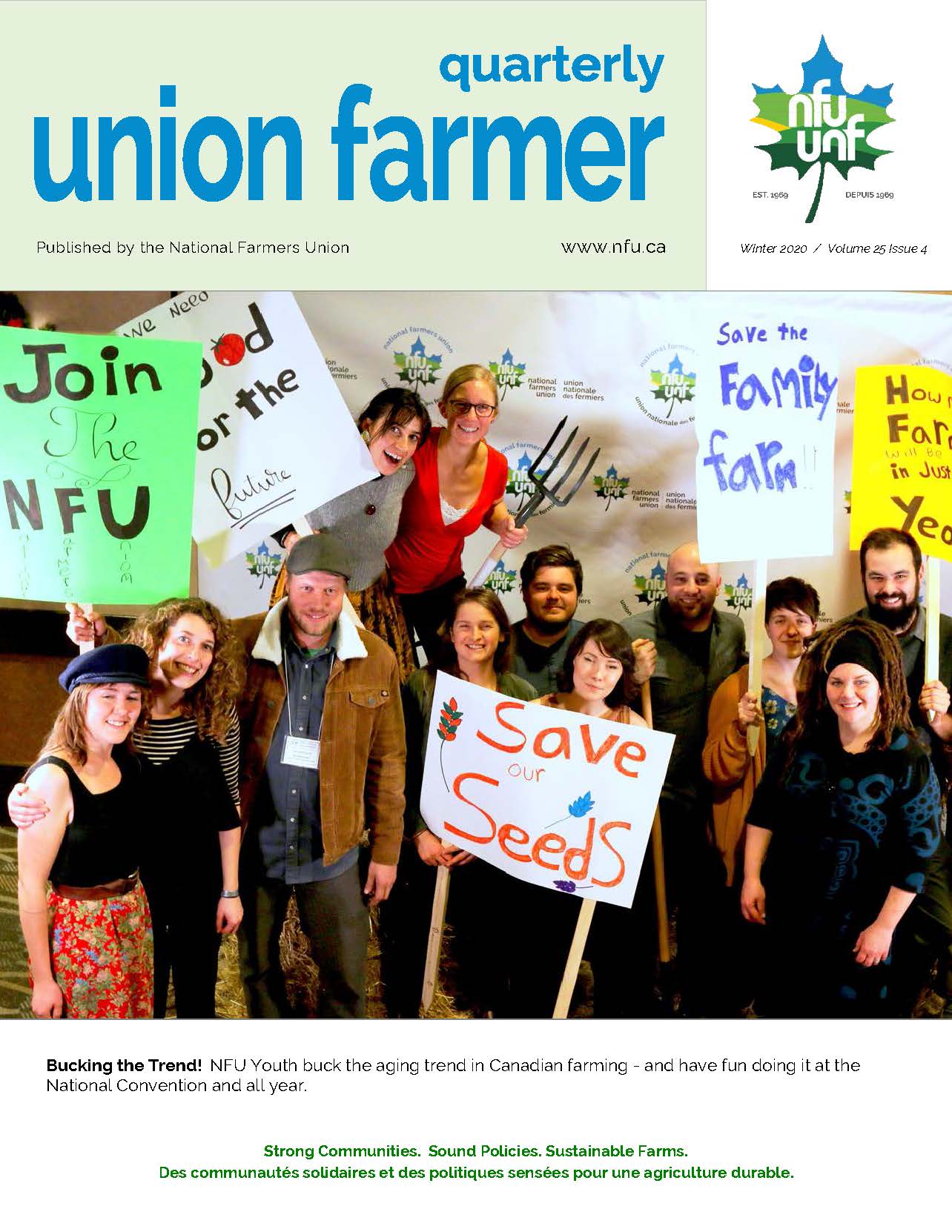 Tackling the Farm Crisis and the Climate Crisis: A short summary of the NFU’s new discussion paper on agriculture and climate change.

The National Farmers Union / L'Union Nationale des Fermiers is unique among farm organizations: we advocate for people’s interests against corporate control of our food system.

If you would like to participate in the NFU’s work, you can become a Family Farm Member or a non-farming Associate Member.

To get involved, join here.

About this NFU member